The Starlight Stage Youth Theatre began at 2:10 PM on October 31,1975. I was a teacher & coordinator of the middle school at the Pine Cobble School on Main Street, Williamstown (Now the Milne Library). The middle school was having a Halloween party and I was involved with that along with my friend and colleague - Jim Burger.

Jim worked with Starlight for the first three summers and then moved to New Jersey to begin his career as a headmaster at a day school there. From the time I came to Pine Cobble until Jim left in 1978, we had a lot of fun together both with Starlight and later the Williamstown Community Theatre which I founded.

In the summer of 1979 we produced seven one-act plays and two full-length main stage shows. We had an outdoor stage and did evening shows when weather permitted. One evening on a beautiful star lit night we had just said goodnight to the audience, cleaned up, and all lay down on the stage in exhaustion looking skyward. At this point, we decided to call ourselves Starlight Stage (having previously been known as Pine Cobble Summer Theatre.)

In 1980 Gail Myvanwy Bury was hired by Pine Cobble School to teach and direct shows for the third, fourth, and fifth grade students -I directed shows with the sixth through ninth grade students. We worked together and in 1981 were married in Williamstown where we had our reception at Pine Cobble in October that year.

In 1983 Tristan Roger Burns was born and made his acting debut as the baby Jesus at the First Congregational Church in Williamstown. His brother Brandon Stuart Burns arrived in 1988. Both boys were a part of Starlight from age eight to the present time.

In 1984 Starlight moved from Pine Cobble to its current location at the First Congregational Church at 906 Main Street in Williamstown. I took a position of Director of Studies at the Hoosac School - a college preparatory school in Hoosick, New York where I am entering my 25th year of service in the fall of 2008.

Starlight has always been a work of love. Love for the theatre and love of working with children showing them the excitement and pleasure that is the theatre. 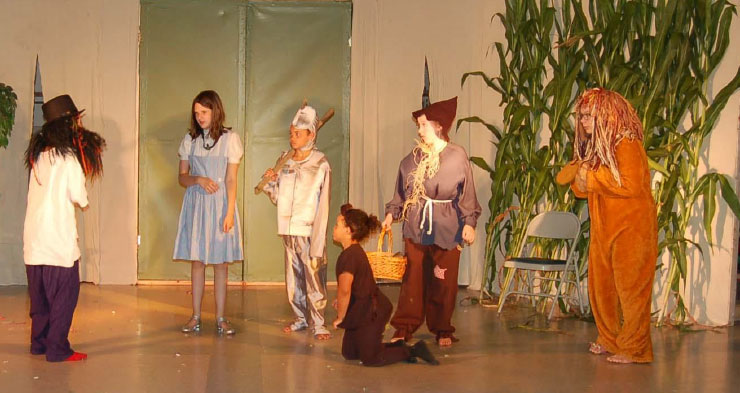 2015 The Wonderful Wizard of Oz


Past Productions   and    Previous Seasons 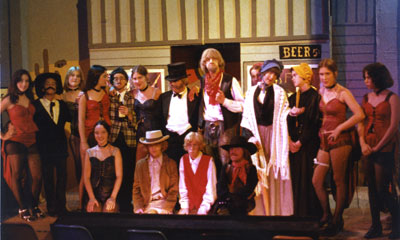 1977 Death and Life of Sneaky Fitch 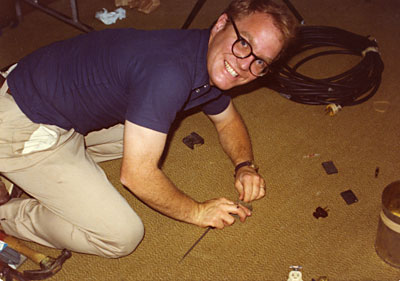 Past Productions   and    Previous Seasons